Join art historian Ted Barrow as we take a plunge into the world of pigment and color and focus on the importance of Red and the fascinating history behind the color.

Make this Olio happen. We need at least 10 signups in order to compensate the teacher fairly.

This Olio explores the impact of the color red and their sources upon western European painting from the 15th and 16th centuries offering both an original take on canonical works of art and a de-centered understanding of their material history. We'll look into the origins of this color and the ways in which it has shaped our relationship with art history.

During the 15th and 16th centuries, as bankers became popes and the Holy Roman Empire was set against Rome itself, red was reinterpreted from a color of royalty to the code of the clergy. This class will focus on the role of red in the self-fashioning of Eleonora de Toledo, wife of Cosimo I de' Medici, and the alliance between Florence and Charles V, the Holy Roman Emperor.

Ted Barrow teaches in Barnard College's Pre-College Program over the summer, focusing on the relationship between art and film in New York City, and has taught art history courses at Baruch, City College, the College of Staten Island, and Brooklyn College. Barrow currently teaches at Cooper Union, and runs a popular satirical Instagram account about skateboarding (@feedback_ts).

Hosted at a member's living room in Harlem. Address will be sent upon RSVP. 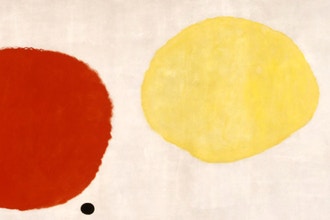